In 2016 we introduced the Amateur Baseball Championships (ABC), one of the nation’s premier summer events. The ABC was widely successful in 2018 and we are excited to expand the ABC even further into 2019.

The ABC was specifically designed and detailed to benefit the players, parents, coaches, college recruiters and scouts. A total of 108 of the nation’s elite 15u teams will compete in the five day winner take all event at Grand Park. 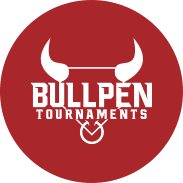